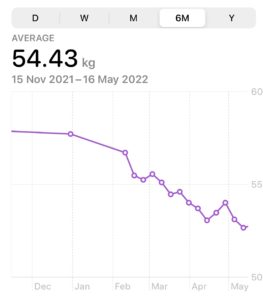 END_OF_DOCUMENT_TOKEN_TO_BE_REPLACED

Sweet, sticky, smoky, crunchy, chewy, tart. All of the flavours and textures in one tiny jar of glory.

Buy and try. You will not regret it.

END_OF_DOCUMENT_TOKEN_TO_BE_REPLACED

Many things in life baffle me. Things like: why do people participate in a global capitalist system doing shit jobs they hate for a system which does not benefit them? Why do so many people wear such ugly shoes? Why are there no truly revolutionary people living in the UK? Why do so many women look like drag queens nowadays? Why does no-one care about (data) privacy? All baffling stuff.

However, the Truly Baffling Thing which has occupied my thoughts most frequently over the last two years is:  why, in the midst of a global pandemic which is disproportionately affecting the metabolically unhealthy, are people not making an effort to get healthy? Genuinely and truly baffling. It’s almost like people want to be ill and/or at risk.

END_OF_DOCUMENT_TOKEN_TO_BE_REPLACED

As I have said elsewhere, and as should be evident from the fact that I am also a Personal Trainer, I care very much about my health and have approached it proactively since I was young. Thankfully, I seem to have some kind of innate orientation towards wellness and have always understood that to be well meant to actively work towards health in a continuous sense. Wellness and health have always been a journey for me, something I seek, and in seeking, largely achieve.

In large part I think this orientation is because I have several chronic diseases – asthma, a very serious and rare form of eczema, and hay fever – which modern medicine can’t really do anything about. As such, I have had to learn how to minimise and control the symptoms of the diseases I am forced to live with. I have tried to do this, as much as is possible, without the use of drugs, as I have never bought into the notion of “side effects”. I do not agree that we should sideline and ignore the usually negative effects of a drug we are asked to take. (Although the avoidance of drugs has not always been possible for my asthma and hay fever, alas.)